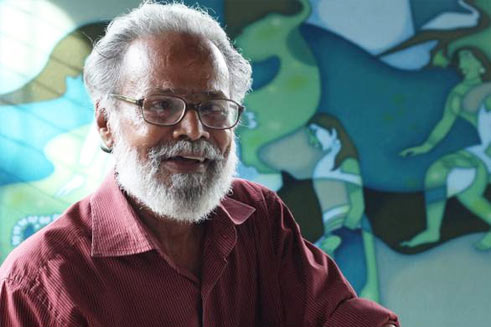 C. N. Karunakaran is an internationally renowned painter from India. He is the Chairman of Kerala Lalitakala Academy. He was born in 1940 at Brahmakulam, Near Guruvayur, Thrissur District, Kerala. This versatile artist has achieved worldwide acclaim for his artistic variety. An exhibition of his works was conducted at the Embassy of India in Washington on September 5, 2003. Following this start to his American tour, his works were displayed at the Athithi Indian Restaurant, also in Washington D.C. Later these works were viewed at the Asian Art Gallery, Virginia.

He started " Chitrakoodam", which was the first private art gallery in Kerala (1973 to 1977). He has worked as art director for few Malayalam movies as well.