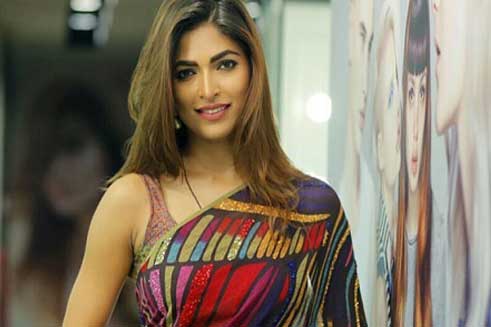 Parvathy Omanakuttan an Indian model and actress who was crowned Miss India World in 2008 and later became first runner-up at the Miss World 2008 competition.
Omanakuttan was born on July 13, 1987 in Kottayam, Kerala, as the first child of Omanakkuttan Nair.

She is originally from Changanacherry and now lives in Mumbai. She was seven months old when she came to Mumbai with her parents, because her father had to join Taj Hotel. She attended SCDB High School and later studied English literature at Mumbais Mithibai College.

Omanakuttan represented India in the 58th Miss World Final. She won second place for the Miss World Top Model contest on December 3, 2008. She was one among the top five finalists of Miss World 2008 Beach Beauty contest, where she was placed the first-runner up when Miss Russia Ksenia Sukhinova became the eventual winner. [edit] Miss India 2008
She participated in Femina Miss India 2008 and won the Miss India World crown. Omanakuttan also won the sub-titles of Miss Photogenic, Miss Personality, and Miss Beautiful Hair in the Femina Miss India 2008 pageant. She was one of the favourites to win the Miss India title. [edit] Miss India South 2008
In a ceremony at the Hyderabad International Convention Centre held in December 2007, Omanakuttan was crowned the first ever Pantaloons Femina Miss India South 2008. Winning the PFMIS 2008 contest got her direct entry in the top ten finalists of the Pantaloons Femina Miss India 2008. She also won a few more sub-titles in PFMIS 2008. She was crowned as PFMIS 2008 by Ramya Krishnan, a South Indian actress.
Before winning the PFMI 2008 and PFMIS 2008 pageants, Omanakuttan also won several other contests. They are "Miss Malayali 2005", "Malayali Manka 2005", "Navy Queen (Southern Naval Command, Cochin) 2006", "Miss SVKM (Sarva Vidyalaya Kelvani Mandal, Mumbai) 2006", "Lions Club Dreamgirl 2007" and "Navy Queen (Vizag) 2007".

She made her cinematic debut through the Bollywood flick United Six directed by Vishal Aryan Singh. She later signed a Malayalam film titled Madan Kolli by Major Ravi, in which she had to play dual roles; one that of a police officer and the other that of a vampire. In 2010 she appeared in Uma Maheshwaram. But her third film is a biggie as she has a coveted part next to one of the biggest superstars in the country, Ajith Kumar and its Billa 2.