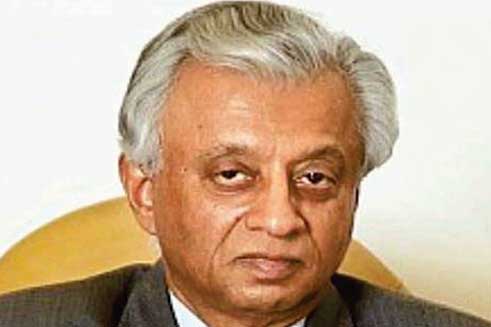 Nair, a retired IAS of 1963 batch, will hold the office of advisor with the rank and status of Minister of State in the Prime Ministers Office from October 3 till further orders, an official statement said. Chatterji, a 1974 batch IAS from Uttar Pradesh cadre, who is presently Executive Director with the World Bank, will take Nair's place as Principal Secretary from October 3, it said."His appointment will be co-terminus with the term of the Prime Minister or till further order whichever is earlier," the statement said.

Seven years after he became Principal Secretary to Prime Minister Manmohan Singh, retired Punjab cadre IAS officer T.K.A. Nair will be moving to a new job in the Prime Ministers Office (PMO) on October 3 — he will become Adviser to the Prime Minister with the rank and status of Minister of State in the PMO. Mr. Nair's place will be taken by Pulok Chatterji, a 1974 batch Uttar Pradesh cadre IAS officer who was in the PMO in the United Progressive Alliances first tenure and is currently Executive Director in the World Bank. A government release says his appointment “will be co-terminus with the term of the Prime Minister or till further order, whichever is earlier”.

Mr. Chatterji, who is known for to be close to the Gandhi family, will be cutting short his three-year stint at the World Bank to return to the PMO. In the normal course, he would have retired from government service at the end of August this year — he will be 60 on August 21, according to the civil list.

The return of Mr. Chatterji is expected to strengthen the PMO. In his first stint, he had successfully acted as a bridge between the Prime Minister and Congress President Sonia Gandhi. He was also Officer on Special Duty to Ms. Gandhi, when she was Leader of the Opposition in the Lok Sabha. Mr. Chatterji's relationship with the Gandhi family goes back to the early 1980s, when Sanjay Gandhi, who wanted a new District Manager for Sultanpur (under which the Amethi constituency falls), asked for an IAS officer, not originally from Uttar Pradesh. By a process of elimination, the then Chief Minister V.P. Singh discovered Mr. Chatterji. As fate would have it, Sanjay Gandhi died in a plane crash before the two men could meet.

But that serendipitous choice marked the beginning of a long relationship for Mr. Chatterji with the Gandhi family: Sanjay Gandhi's successor in Amethi, his brother Rajiv, took to Mr. Chatterji's low-key style, his personal integrity and, above all, his talent for discretion. After stints in Rajiv Gandhi's PMO, in the Rajiv Gandhi Foundation and as Officer on Special Duty to Ms. Gandhi, he came to Dr. Singhs PMO.