Referred to as the heaven on earth, exotic and pristine, Marayoor is a unique place where beauty meets adventure. The enchanting tourist destination of Marayoor offers diversity in every aspect of the land and culture...... hamlets, rocky hills, rivers, brooks, cave temples, paddy and sugar cane fields, waterfalls, sandalwood and bamboo forests... This rain shadow region, blessed with abundant natural beauty and wildlife, attracts tourists from all over the world. 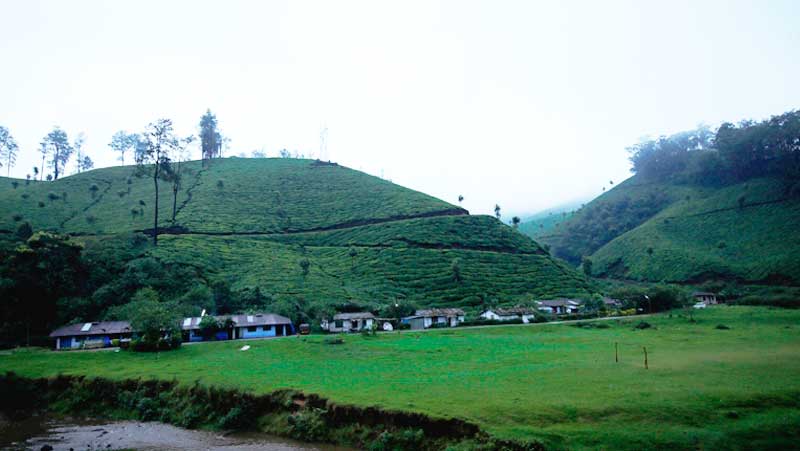 Marayoor is not only an ideal tourist destination but it also claims to be a part of the Stone Age Civilization that is as old as 10,000 B.C. The land and its unique dolmens, caves, rock edicts and engravings declare its rich heritage. The scenic Marayoor is also noted for its natural growth of sandalwood trees and sprawling wildlife. Marayoor travelers often find themselves in the middle of history, nature, and adventure.

Marayoor is still a pristine, celestial and unexplored tourist spot when compared to Munnar which happens to be one of the most sought after hill stations in India.

Marayoor, a rain-shadow village on the eastern slopes of the Western Ghats, is 40 km from Munnar on the Udumalpet road. It holds a lot of nature’s blessing to be unfolded before its visitors. It’s also a unique place where tourism meets adventure. The fresh mountain air, the mist-clad hills, and panoramic view make it worthy of a visit. By traveling either from Marayoor to Munnar or from Munnar to Marayoor, one can feel the enchanting beauty of nature’s blessing to be remembered for a lifetime. The enchanting beauty of Marayoor offers diversity in every aspect of the land and its culture. Hamlets, rocky hills, rivers, brooks, cave temples, sugar cane fields, waterfalls, stone coffins, sandalwood, and bamboo forests are all in store for the visitor. It is the only place in the state with a natural growth of sandalwood trees. The rare Neelakurinji flower is native to this region.

Marayoorcomes under Devikulam block. Several notes are found in history and epics about this area. It is believed that Lord Sriram and Sitadevi visited this place during Vanavasam. The name Devikulam took its origin from Sitadevi and it is believed that she took bath in a pond here. In the great epic Mahabharatha also, this area has been cited. It is said that Pandavas had stayed in the area during their Vanavasam and so the place was named as Maranjirunnaoor. Now the place is known as Marayoor.

Marayoor is situated in the district of Idukki in Kerala. The major portion of the geographical area of Idukki district lies in the high lands and is characterized by high rainfall and a cool climate. Idukki is one of the few districts in Kerala that does not boast of having a sea coast. The total geographical area of the district sprawls over an area of 5150 sq.km, which is 13 percent of the total area of the state.

It is a rain shadow village, referred to as the heaven on earth and it lies in the eastern side of the Western Ghats and is bordered by the neighboring state Tamil Nadu. The place is occupied by tribals most of whom are primarily engaged in agriculture.

Marayoor is one of the main towns in the district of Idukki. This place can also be accessed from Pollachi / Palani in Tamilnadu and from Munnar. Tourists can find a good number of accommodation facilities at Marayur or in Munnar. Shopping facilities are rather basic at Marayoor but better at Munnar.

By road: Marayoor is 40 km from Munnar and 55 km from Idukki. National Highway NH 49 passes through Idukki district.
Nearest railway station: Aluva railhead, which is 120 km away. Ernakulam railhead is 173 km away.
Nearest airport: Kochi international airport, about 150 km away.

The road from Rajamala to Marayoor is flanked by lush green tea estates. There are occasional waterfalls. Then comes the sandalwood forest. The air is cool and one comes under the rain shadow area. A major tourist spot is the Muniyaras, or the stone coffins, which date back to the Neolithic period. The stone coffins are everywhere - they are stone slabs resembling crudely-made boxes, resting on vertical rocks.

Descending the hill, one can see cane crops dancing in the wind. A children’s park formed under the canopy of a single banyan tree spreads across a hectare of land and is a wonderful sight. Then there are the Thoovanam Waterfalls where one can spend endless hours romancing with nature. The Rajiv Gandhi National Park nearby is also an attraction. 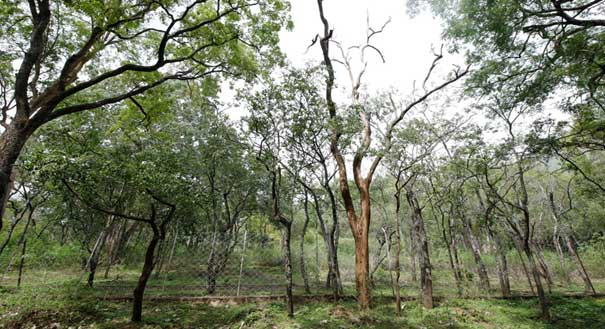 The Muniyaras or stone coffins date back to the Neolithic period. The legendary wanderings of Rama and Sita and the Pandavas are clearly depicted here. Caves, paintings and underground tunnels are also found here.

The spectacular Thoovanam waterfalls provide a venue for adventure and romance. Visitors will enjoy the beauty and freshness of this ideal picnic spot.

Neelakurinji flowers
The rare Neelakurinji is native to this region. Neelakurinji is an exotic flowering plant that paints the hills blue when it blossoms once every 12 years. The last blooming happened in 2006.

Children’s park
A children’s park formed under the canopy of a single banyan tree spreads across a hectare of land and is really a wonderful sight. The Rajiv Gandhi national park nearby is also a prime attraction. 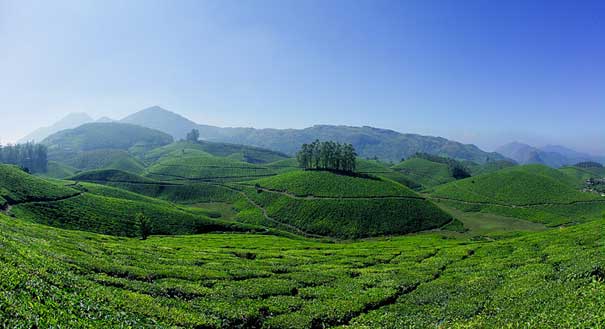 At an altitude of 6000 ft, Munnar is the only hill station in south India that lies snuggled in the high ranges of the Western Ghats at the confluence of three mountain streams - Mudrapuzha, Nallathanni, and Kundala. The spectacular vista of cloud-kissed rolling hills carpeted with tea plantations, rivulets dancing through green meadows and the colonial British settlements of the town make this place an ideal getaway from the rigorous strain of daily life.

Kanthalloor
A veritable land of fruits and vegetables, Kanthalloor sports farms full of ripe apples, plums, pomegranates etc. not commonly seen in Kerala. Guava, gooseberry, orange, eggfruit, peach, passion fruit, etc are grown aplenty here. There is no need for anyone to go to Ooty or Kashmir to see the cultivation of apples. At 5000 ft above sea level, Kanthalloor offers a congenial atmosphere for the cultivation of apples. Although the skin is a bit thick, the Kanthalloor apples are rather sweet. The cultivation is done with the minimum use of chemical fertilizers.