Nilambur is a small sleepy town on the banks of the Chaliyar river, situated at a distance of 70 km from Calicut. It’s noted for its vast forest range teeming with teak, bamboo, wildlife, and tribal settlements. Located on the eastern side of the hilly Malappuram district, about 100 km from Udagamandalam, it is an important halting place for tourists en route to Ooty.

Nilambur-Malappuram-Kerala-India.Nilambur is renowned for housing the country’s first teak museum and the oldest teak plantation in the world referred to as ‘The Conolly's Plot', which is a mere 2 km from the town. The place is also famous for its rainforests, waterfalls and ancient residences of the local rulers.

The place forms part of the Malappuram region, famous for its historic monuments, diverse natural attractions and colorful ritual art forms that have contributed much to the cultural heritage of Kerala. Nilambur with its forest greenery and charming natural beauty offers the best of nature to the tourists.

By Road: Nilambur can be accessed by road transport as well as by railways. Nilambur is at a distance of 40 km from Malappuram town. Plenty of buses ply from Kozhikode & Thrissur to Nilambur

By Rail: There is a railway station at Nilambur. Those coming from other states can alight at Kozhikode junction and take a bus or cab to get to the place. 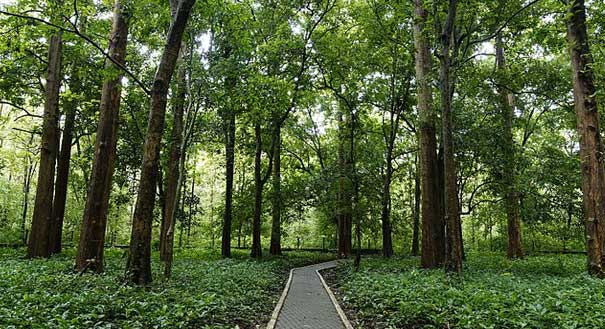 The plantation is named in honor of H.V. Conolly, the then collector of Malabar during the British rule who was instrumental in planting teak in the entire Nilambur area with the help of Shri Chanthu Menon, a forest officer under him. The plot extends across 2.31 hectares beside the Chaliyar river at Aruvakode, where a country boat ferries visitors across. The plot has also been acclaimed for having the oldest living teak tree with a girth of 420 cms and a height of 46.5 meters. Chanthu Menon was laid to rest in this very teak garden, as a mark of honor.

Four kilometers away from the town, on the Nilambur - Gudallur roadside stands a teak museum, touted to be the only one of its kind. In the Teak Museum, a visitor can have a first-hand information on all aspects of teak. Established by the Kerala Forest Research Institute in collaboration with the Kerala Forest Nilambur Teak museum -Malappuram-Kerala-IndiaDepartment, it is a thematic museum housing historical, cultural, aesthetic and scientific aspects of teak, all under one roof, arranged in the two storied building. A collection of bamboo trees on the way to the museum imparts a pleasing view to the place. The carved teak door at the entrance of the museum has a painting of the oldest living teak tree, the Kannimara teak. Among the several exhibits displayed, the root system of a mature teak tree is perhaps the most interesting of all. Paintings on the walls remind one of the early histories of teak planting. The miniature model of an antique sailing vessel made of teak wood and a painting of a sailing ship are the other attractions. Logs of a 116-year-old tree have also been preserved. A world literature on teak is available at the library. 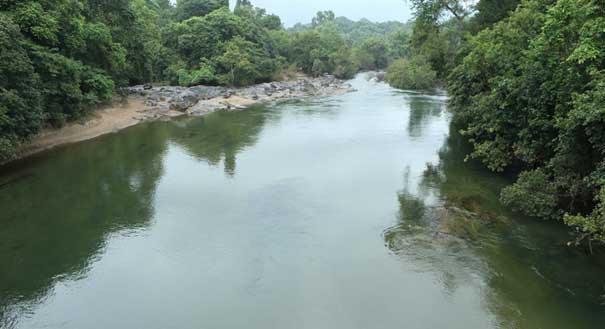 Situated at a distance of 18 km from Nilambur town, Nedumkayam is noted especially for its rich rain forests. The wooden rest house built here by the British Nedumkayam-Nilambur-Malappuram-Kerala-India offers a panoramic view of the elephants and deer grazing in the forest nearby. One has to get prior permission from the Forest Department to enter the forest zone. Heavy restrictions are imposed on the tourists as a measure to save the existing forest land from deterioration. There is also an elephant taming center here.

Beyond Chaliyar river, 27 Km from Nilambur, is Valamthode, a hilltop where a perennial waterfall attracts people. There is also a tribal settlement present at the place. Road accessibility is through Kozhikode district by the Areekode-Mukkam road.

This hill is situated on the border of Kerala and Tamilnadu from where the river Chaliyar originates and is clothed in dense forests and bamboo woods that add beauty to the landscape. The region is a beloved homestead of numerous birds and animals. For a lover of nature, a botanist or a naturalist, this region offers all the charms of the forest, mountain, valley and cultivated plains. Elephants, bison, deer, tigers, blue monkeys, bears, rabbits, wild cats, and dogs are found in the forest along with an innumerable variety of birds and reptiles.

It is a small village near Nilambur that has become famous for the presence of the potter community. With the influx of cheap industrial substitutes, these villagers had all but lost their interest in the traditional skills, but for a small movement led by activist-designer KB Jinan who rekindled their hope by reviving Aruvacode-Nilambur-Malappuram-Kerala-India their inborn talent. Together, they explored the possibilities of terra-cotta suited for the modern context, and ‘Kumbham’art&potwork was born. Today Kumbham is hailed as a rare instance of a traditional artisan community rehabilitating itself through the very craft they had been alienated from. Over the last few years, many a product has come out of their kilns which are notable for their form as well as function. Kumbham products now find wide acceptance in households, corporate offices, hotels, and resorts. 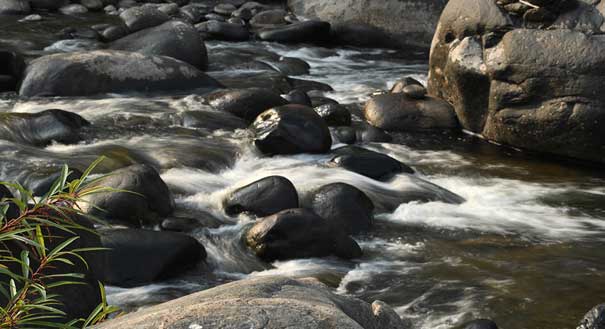 Adyanpara in Kurmbalangode village of Nilambur taluk is famous for its waterfalls Adyanpara-Nilambur-Malappuram-Kerala-India and the splendor of the wooded jungle surrounding it. This cascade is a spectacle of unrivaled grandeur. The wild beauty of this place is a rare treat for the eyes and heart of the travelers.

This is one of the four central forest nurseries in Kerala and was established during the year 1997at Valluvassery by the Kerala Forest Department. With a view to meet the requirements of good quality planting stock of important plantation species like teak, eucalyptus, acacias, etc., the nursery is fully equipped to produce root trainer seedlings and rooted cuttings of these species in required quantities.

Kovilakoms - residences of the local rajas 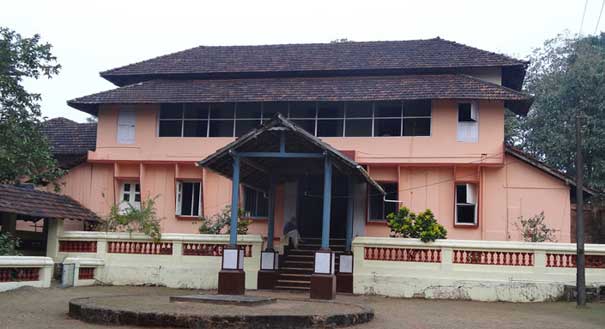 Nilambur town is also famous for housing a cluster of ‘Kovilakoms’, the ancient Nilambur Kovilakam-Malappuram-Kerala-Indiaresidences of the erstwhile rulers of the place. These structures are famous for their beautiful frescoes, art paneling, and artworks in wood.

A half hour journey from Nedumkayam ie 18 km from Nilambur town, through the dense forests, by jeep takes one to Mancheri, the home of the Cholai Naikars, a primitive tribe. Yet another tribal settlement of this region is on the hilltops of Valamthode which can be reached only from Kozhikode through the Areekode - Mukkam road. Valamthode is about 27 km from Nilambur, beyond the Chaliyar river.

The Nilambur Pattu popularly called Kalamezhuthu Pattu, an ancient religious festival noted for its vivid ritual powder drawing on the floor accompanied by vibrant music, drums, and dance, is a highlight of the place.