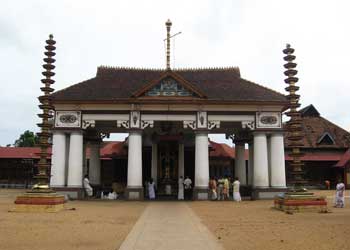 Vaikom Mahadeva Temple
One of the important pilgrim centers of Kerala, the Vaikom Mahadeva Temple is located here at Vaikom. The 1 meter high Shiva Linga (Lord Shiva) is the main deity of this temple. Built in the Kerala style of architecture, the temple’s Sanctum Sanctorum is surmounted by a golden Stupa and a golden staff measuring at about 19.5 meters dominates the surrounding landscape. According to the Legends, Khara, the man eating demon of Ramayanam, worshipped Lord Shiva at Chidambaram and got from him three Shivalingams. While journeying with this, Khara stopped at Vaikom and set down one of the Linga. Soon he realized that the Linga got rooted on the ground and hence he left it in the care of Vyagrapadar, from whom the place derived its name. This temple is famous for Prathal (midday meal offered by an individual to anybody) and the Annathanam (served by the temple). 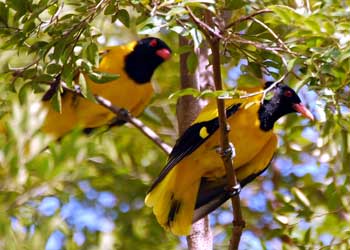 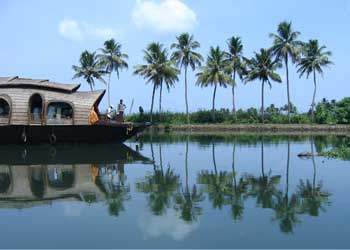 Vembanad Lake
Vembanad Lake or Vembanad Kayal is the largest lake of Kerala and the longest in India. Flowing through 3 districts, it is known by different names like Punnamada Lake (Kuttanad) and Kochi Lake (Kochi). The famous Nehru Trophy Boat Race is organized in this part of the lake, during Onam (August/September). Boating on Vembanad is an enthralling experience and is best enjoyed in a houseboat. 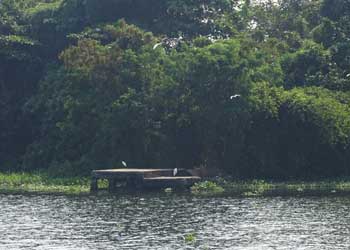 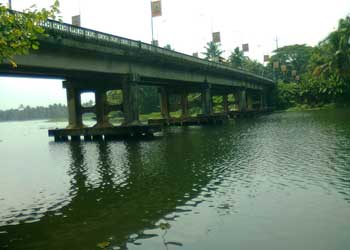 Murinjapuzha Bridge
The oldest bridge of Vaikom, the Murinjapuzha Bridge is one of the must see places. This bridge gives you a good view of the Vembanad Lake and also a branch of the Muvattupuzha. Also a small island called Pookaitha can be seen from here.