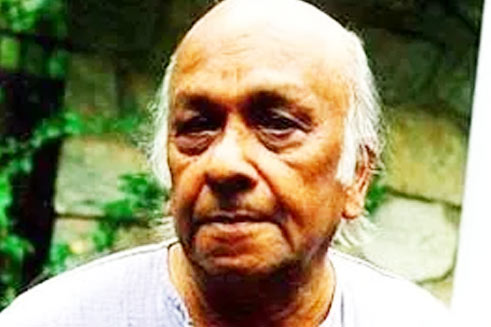 Born in 1939 in Kerala, Akkitham Narayanan received a Diploma in Painting from the Government School of Arts and Crafts, Chennai, India. He then studied at the Ecole des Beaux-Arts, Paris on a Government scholarship. He has won the Tamil Nadu State Lalit Kala Akademi Award thrice. He is the recipient of the IV International Festival of Painting Award, in Cagnes-sur-Mer, France. Narayanan's works have been exhibited widely in India and internationally. Akkitham Narayanan lives and works in Paris. Akkitham Narayanan was awarded the "K.C.S Paniker Puraskaram" by Kerela Lalithakala Akademi in 2009 "in recognition of his assiduous art practice that has won him and his country international acclaim". He is a brother of famous Malayalam poet Akkitham Achuthan Namboothiri.