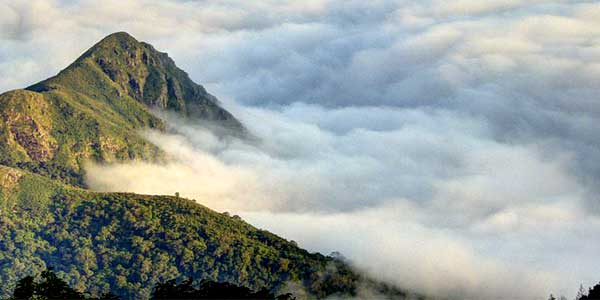 Attapadi, a sprawling stretch of hills and valleys at the border of Tamil Nadu and Kerala is a perpetual source of fascination for vibrant travelers. With mooring clouds, contemplating hills, turbulent wild virgin rivers, meandering glowing streams, maneuvering climate, brooding vast valleys, covertly deep forest, exotic flora, and fauna, herds of wild animals the land is an “an open sesame” to the exuberant treasure of nature. Archaic tribal clans with their innocent aboriginal dwellings, rites, and rituals, fetes, etc soothe the yearning curiosities.

To arrive at Attappady, one has to travel 40km by road from Mannarkkad to Agali. It takes around one hour journey from Coimbatore city to the spot. The territory of Attappadi comprises Agali, Sholayur, and Puthoor panchayaths. The Region being more drawn to the Tamil culture, when we alight at Agali town, old Tamil classic film songs from buses vendors and hotels welcome us. Agali town is the prologue place from where one could start the exploration of Attappadi. The dominant portion of Attappadi being under the purview of reserved forest, permission of forest authorities are needed to visit places. We could use vehicles to some extent. But traveling to the inner hamlets is the venture of a stark traveler. The ambit amid the hills and valleys is displayed in one hund,red and eighty-seven “oorus”, tribal hamlets. A vagrant sizzling, blowing wind hails one to the land. The climate of Attappadi is so unique that you could see it nowhere else in the world. Even within the twenty km stint, you could see varied climate, blatant rain, blazing daylight, basking drizzle, and moody mist concurrently as the major portion of Attappadi being exuded rain shadow phenomenon. 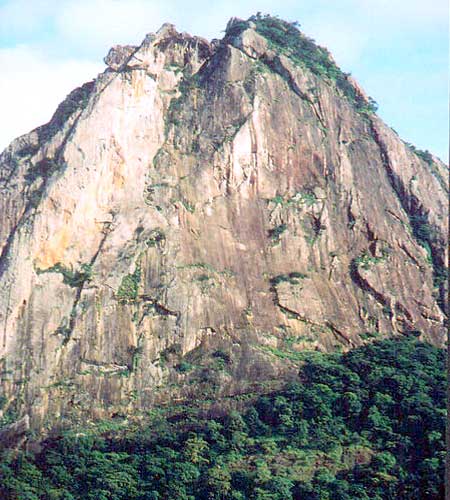 The primitive tribe's sort Irula, muduka, kurumba who are yet to be reluctant to become a part of the civilized world are the inhabitants of Attappadi hamlets. The expedition to the hamlets in the inner forest is the real zeal of the adventure. The best instance of the sort is the journey to the kurumba hamlet kinattinkara. Crossing the ardent river Bhavani one could seek the way to kinanttinkara. Dense forest with wild flamboyant flowers, wildly running river with its giggling roar, sanctified cold water flowing through the untouched mysteries of the forest, nature nurtured beautifully, pruned rockeries are found on the way to the hamlet. On one side the array of bamboo woods reminds us to be vigilant of the presence of herds of wild elephants. Tender bamboo leaves are the favorite foodstuff of these pachyderms. Besides, it is told to be a natural inhabitance of king cobras. The huge tree trunks ramified into branches strike us with its eternity. During summer travelers could use vehicles to cross the river. But in rthe ainy season the journey needs the expertise of a trapezes player. Indigenous people make tthe emporary bridge by two pieces of bamboo woods .I n other places “changadams” are used to traverse the turbulent river.

A walk through the forest path lead you to an arable land where plantains, beans, sugarcanes, cone kind are seen to be cultivated. Within the wooden fence traditional huts of tribes, splendors of wthe ild variety of flowers and crops mixed and mingled together could be seen. The huts are made of using bamboos and mud with a small opening door that one has to bend to enter inside .T he huts provide the effect of a natural cooler. Tribal women are wearing traditional dresses, thodas (large earrings) , aboriginal bangles, neck thick filled ancient ornaments. The tribal language they use are varying from each hamlet. Night stay in the ooru will definitely be a refreshing experience for a traveler. By the side of upstream of Bhavani, several varieties of hamlets such as kurumba, Kadukumanna, galassi, thudukki etc are found here.

Trekking being an imperative enjoyment for the youth, Attappadi exposes endless possibilities. Trekking to the highest towering hills like Malleswaramudi is found to be a hazardous task. However t,rekking to moderately small hills at Attappadi renders all the venturous hidden beauties of trekking experience. Trees and thrived tendrils filled dark forest path has to be explored to reach the bottom of the hills. The vision of towering hill from the bottom is an awe mixed amazing experience. These hills disclose diverse troves of natures’ splendor before the vanquishing travelers. Heaven touching black rocks, clouds grazing upon the calm turf, deep forest, altogether throw the traveler to a transcending excitement. Journey over the hill is a journey through the clouds. Thrilling information is awaiting here for wild life observers. The territory is an inhabited area of tigers. The travelers had detected the trail of tigers from here. The herds of wild elephants are seen upon these hills. Attappadi hills are also a Neelakurinji blooming areas. In 2006 several travelers were attracted to the spot to watch rarely blooming kurinni flowers. 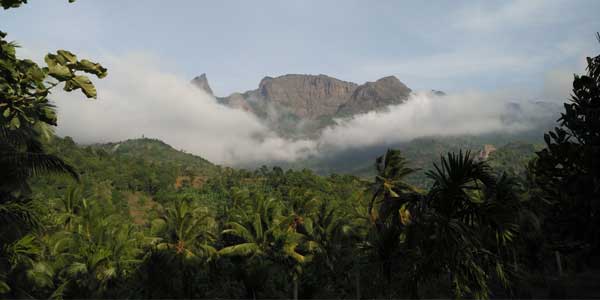 By two hour trekking from Moolangangal ooru one could reach Ramarkovil, a primitive tribal temple. A union of nature and god- that is the meditating experience that awaits one at Ramarkovil. The temple is not human made but nature itself created the temple by articulating the huge rough rocks artistically. Beauty of rocks, woods and lawns are displayed exuberantly upon this hill. We could see iron spikes are verged on the huge temple rocks as an offering to appease the primitive god. The travel to the spot being a risky one few travelers approach it. Women are not allowed to visit the temple as per the custom of this temple.

Shivarathri fete in Malleswaramudi is a major fest in this area. This harvest fest is a propitiation to Malleswara, Shiva by the tribes. Malleswara Mudi Mountain is the capturing spot of this fete. Only on the day of the festival, a group of tribes called “malampoojarikal “ visit the vertiginous stature of Malleswara mudi. They will bring holy water from the mountain peak to the awaiting devotees as an offering of god Malleswara. Only the tribes are allowed to enter the mountain.

Though not exploited highly, Attappadi is the backdrop of spectacular scenes of several Malayalam films. Recently released Sathyan Anthikkad film “snahaveedu” s’ scenic beauties were being pictured from here. Without the aid of a proper guide having the thorough knowledge of the area, we cannot make a travel through Attappadi. You could seek information of hamlets and tribes from Attappadi Hills Area Development society (AHARDS) office at Agali. You could find out lodging facilities in the Pwd rest house and private lodges at Agali town. Besides, private resorts are there in the inner forest areas with all amenities to satisfy travelers. The famed silent valley national park is also within the ambit of this land. One more trip is required to explore the biodiversities of the silent valley. The distant vision of Neelgirihills is accessible from here. Ootty lies 90km away from Attappadi.