Aptly titled ‘the abode of Lord Anantha’, named after the famous Padmanabhaswamy temple, Thiruvananthapuram - Trivandrum holds a lot of attractions for tourists by way of beaches, museums, trekking and nature destinations and more. The clean and green city capital is well-organized administrative center housing monuments and historical buildings in traditional Kerala architecture, set amidst green parks. Kovalam beach near the city and Veli backwater village are two popular places that attract visitors from all over. 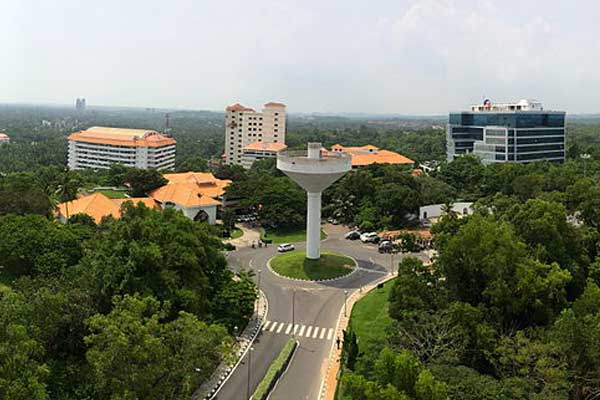 Thiruvananthapuram – Trivandrum is also home to India’s first IT park, Technopark, which was established in 1995. Technopark, which has emerged as India’s largest IT Park and the third largest in Asia, is home to many dream employers of IT professionals including TCS and Infosys. With numerous historic monuments, a far-reaching shoreline giving it some of the most beautiful beaches, backwater stretches and a rich cultural heritage, Thiruvananthapuram is a popular tourist destination in Kerala and in India.

Thiruvananthapuram - Trivandrum city and the district holds a lot of attractive tourist sites. The Kerala Legislature Complex is located at Palayam in the city. The Assembly building, with its towering dome, exquisitely carved galleries, ornate teak paneling and ceiling, combined with the most modern acoustic treatment and state-of-the-art sound systems, is a fine blend of classical grandeur and modernity. The Napier Museum in the city has a good collection of bronzes, ivory carvings, ancient musical instruments and life-size figures of Kathakali dancers. The art collection at the Sri Chitra Art Gallery contains paintings of the Mughal, Tanjore and Rajput schools and a special section devoted exclusively to the paintings of Raja Ravi Varma. The vast Botanical garden, the well-planned Zoological garden, and the Observatory are the other architectural landmarks of the city.

Kuthiramalika Palace located near Padmanabhaswamy temple is a rare specimen of workmanship in the traditional Travancore style of architecture. The palace museum displays paintings and various priceless collections of the royal family. The splendid Padmanabhapuram Palace, the seat of the ancient rulers of Travancore, is situated at Thuckalai, on the way to Kanyakumari. This well-preserved wooden structure, with its extraordinary murals, exquisite floral carvings, and black glossy granite floor has withstood the test of time.
Other places to visit nearby Thiruvananthapuram are Agasthyakoodam, the second highest peak in Kerala and a green haven teeming with rare medicinal herbs and a bird watcher’s paradise as well; Ponmudi, an idyllic hill station with winding pathways and cool, green, wooded environs, ideal as a trekking destination; Vizhinjam Rock-cut sculptures and cave temple belonging to the 18th century; Varkala, a land of seaside resort and spa, which is also an important Hindu centre of pilgrimage.