A School to fine-tune one's skills in any art forms 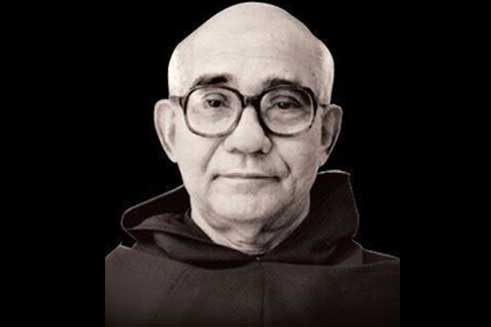 Born in 1920 at Mulakulam village in the outskirts of the city, Fr. Abel, then known as Mathew, was born to Mathen Vidyan a traditional doctor and Aleyamma. He set out for pastoral studies in his 20s at Mannanam, Thevara, and Koonammavu. He proceeded for higher studies at Mangalore after which, he was ordained a priest in 1951.

He became well known as the founder of Kalabhavan now located on 10 -cents plot near Ernakulam Town Hall, the foundation stone for which was laid in September 1969. He worked wonders on the talented youth in and around Kochi. He immortalized Kalabhavan as a Cultural icon, contributing many mimicry artistes to filmdom and theatre.

He also effortlessly demolished the caste- identification of art forms like Mohiniyattom, Kathakali, and Bharatanatyam, encouraging artists from all communities to learn and master the art forms. Fr. Abel's panacea for organizing children and youth and his credo -"catch them young"- helped him establish the concept of Kalabhavan. Hundreds of children fine-tune their skills in over 20 literary fields at Kalabhavan.

He was initially captivated by a thirst for expression with journalism and joined the Deepika daily at Kottayam in 1952.
In 1953 Fr. Abel left for Rome, where he took Doctorate in journalism and political science from the International University of Rome and returned to Kerala. During 1957-'61, he worked as Asst. Managing Director of the Deepika Daily. It was at this time that he made a self-discovery and unleashed his creativity as a poet and lyricist. The job enabled him to expand his interests in art and literature.
He was then entrusted with the job of a Professor at St. Joseph's College, Devagiri during the period from 1961 to 1965. Teaching provided an impetus to the artist and writer in Fr. Abel. His interaction with students helped him spot talented students. This led him to explore ways to develop their inborn creative talents.

His Holiness Cardinal Parecattil, Archbishop of Ernakulam set upon him the task of translating prayer books in Syriac into Malayalam. Thus Fr. Abel reached Ernakulam and found his life's mission there. Soon he translated over fifteen ancient texts. Then arose an idea in his mind - why not write original devotional songs in Malayalam?

Fr.Abel wrote numerous songs, which were set to music by late Mr. K. K. Antony. They became very popular with the public and with the clergy alike. Some cassettes of song collections became instant hits and popular all over Kerala. The lyrics were simple and the tunes are trendy while deeply devotional. Perhaps the success of the cassettes brought about the need for formal music education.

The first batch of artists who formed the core of Kalabhavan was actually an orchestra troupe organized to present concerts of Christian devotional songs. Fr. Abel was in a prolific mood during this time and wrote around a thousand devotional songs. Over 60 songs were recorded.
Fr.Abel founded classes mainly to train vocal and instrumental music. In the course of his mission, he discovered numerous talents and popularized the unique art form – mimicry.

On August 15, 1974, His Holiness Late Cardinal Parecattil, the life- patron of Kalabhavan, laid the- foundation stone for its new building on 12 cents of land behind Ernakulam Townhall.
Within six months of the laying of the foundation, Kalabhavan had moved its office into the ground floor of the building, which later was build to 4 floors. The spacious auditorium on the third floor was opened in 1978.
Over the years, Fr.Able build Kalabhavan into a magnificent institution spanning various disciplines. The programs by Kalabhavan artists first covered all Kerala and then all parts of India where Malayalees reside in good numbers. Shortly afterward, they began performing around the world including the USA. By this time, former mimicry artists became mega-stars in the Malayalam Film Industry. It came to be that Kalabhavan was deemed as the stepping-stones to stardom. Fr.Abel also oversaw the building of the Kalabhavan Residential Talent School and the Recording Studios at Kakkanad.

His body was kept at Ernakulam Town Hall for the public to pay homage on October 28. Among those who came to pay their homage were Film Stars whom Fr. Abel had groomed at the Kalabhavan, Ministers, and people from other walks of life.

People who were closely associated with Kalabhavan and whose future was shaped by the training given there in different art forms and cultural disciplines, bid a tearful adieu to Fr. Abel.

Mr. K.S. Prasad, film director quoted Fr. Abel as saying, "All my worldly responsibilities are over, now I will die in peace," a few days before his death.

The burial services began with a Holy Mass led by Mar James Pazhayattil. Later, the body was taken for the traditional `nagarikaanickal' ceremony. The body was kept at the CMI Provincial House chapel here after it was brought from Kochi, to enable people to pay their last respects. His mortal remains were interred at the St Ann's Monastery church at Kurianad, near Kuravilangad.