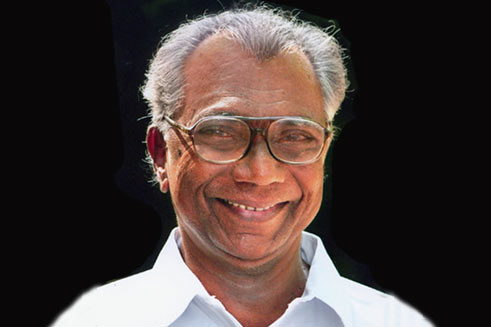 Son of Krishnan and Yesodha born on 1935 July 10 at Paravoor in Kollam District. After completing his school and college education joined in the communist party at the age of 19. When CPI (M) was formed in 1964 became the first secretary of the Chathannoor area committee.

Jailed during the emergency period for 19 months in Poojappura Central Prison; a veteran trade union activist and leader, currently serving as State president of CITU and Central Committee member of CPI (M); was CPI(M) Kollam District Secretary from 1981 to 1998; serving as CITU National Vice President since 2003.