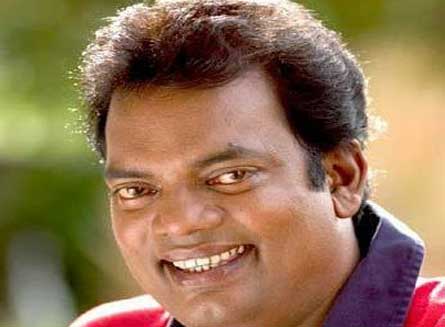 Salim Kumar is a South-Indian film actor and mimicry artist predominantly acting in Malayalam films. He is one of the prominent comedian actors of the current generation in Malayalam cinema but has shown his acting versatility in drama-centered films such as Achanurangatha Veedu, Gramophone, Perumazhakkalam and Adaminte Makan Abu. He won both the National Award and Kerala State award for Best Actor for his role as Abu in Adaminte Makan Abu for the year 2010. Earlier he had won Kerala State Film Award for the Second Best Actor in 2005 for his role as Samuel in Achanurangatha Veedu.

He attended the Govt. LP School, North Paravoor and later transferred into the Govt. Boys High School, North Paravoor. He graduated with a BA from Maharajas College, Ernakulam. He won the University title in Mimicry three times. He chose Cochin Kalabhavan and later moved on to Cochin Sagar to further cultivate his skills in mimicry. He was also a performer in Comicola, a hit comedy program on Asianet. For about four years, he was associated with professional drama in Arathi Theatres, Cochin.

Career
Salim Kumar's first film was Ishtamaanu Nooru Vattam, a family entertainer directed by Sidhik Shameer. Further, he got numerous opportunities. After establishing himself as an essential part of Malayalam comedy film, he earned the reputation of a character actor by becoming a hero in Achanurangatha Veedu, directed by Lal Jose.
For his performance in this film, he won the Kerala State Film Award for the second best actor in 2007. He has also handled serious roles in films such as Gramophone and Perumazhakkalam. He has also done a very commendable performance in Kerala Cafe( Segment: The Bridge). Salim featured in a hip-hop number in Album Coffee @ mg road in 2008 which was well received. His comic timing in movies like Pulival Kalyanam, Mayavi, Kilichundan Mampazham left the Audiences in full splits.

The performance of Salim in Adaminte Makan Abu directed by debutante Salim Ahmed won critical acclaim and fetched him the First national award.

Salim Kumar has from an Ezhava family. He is married to Sunitha and the couple has two sons, Chandu and Aromal. He has written his memoirs in a book named Ishwara Vazhakkillello.