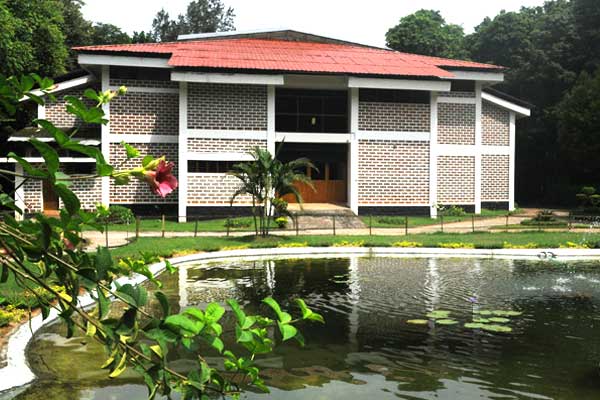 This district has carved a place of its own in the history of Kerala. Malappuram is the land of poetry and literature, having played a crucial role in developing the artistic legacy of the state. Many a political struggle and religious rebellion have left an imprint on the cultural fabric of its society. The hill country of Malappuram has had a unique and eventful history.
Malappuram, situated 2 km. south-west of Kozhikode is the headquarters of the district. It was the military capital of the Zamorins of Kozhikode since ancient times. This district was the venue for many of the Mappila revolts (uprisings against the British East India Company in Kerala) between 1792 and 1921. The hill country has also contributed much to the cultural heritage of Kerala. It was a famous center for Hindu-Vedic learning and Islamic philosophy.
Malappuram in the local language literally means land atop hills. Bounded by the Nilgiri hills on the east, the Arabian sea on the west and Thrissur and Palakkad districts on the south, Malappuram is enriched by three great rivers flowing through it - the Chaliyar, the Kadalundi and the Bharathapuzha. Many examples of Indo European architecture still exist here.
Malappuram is a hilly terraced tract. The innumerable streams that meander through these hill slopes reach the coconut fringed and picturesque sea coast. In many places, these streams are linked with backwaters which facilitate a network of inland waterways. The midland region is fertile with thick coconut groves while the hilly tract has dense forests and extensive teak plantations apart from numerous brooks and springs.
Malappuram district, with its rich natural beauty and historic past, has its own tourist attractions. Nilambur beside Chaliyar river is famous for its teak plantations. The oldest Teak Kannimari in the plot is a rare attraction. The world’s first Teak Museum giving information on all aspects of teak is located here. Nearby is the dense Nedumkayam rain forest belt. Nilambur kovilakoms, the ancient residences of the rajas or rulers of the land still exist as relics of past glory. There are primitive tribal settlements of Valamthode and Aruvakode engaged in local artisanry.

Manjeri, the headquarters of Ernad Taluk was a live center of the National Movement. Manjeri Kovilakam was the seat of the ruling families under the Zamorins. Kottakkal, 12 km west of Malappuram has a renowned center for Ayurveda, the Arya Vaidya Sala, People from different parts of the world come for treatment here. Art and culture also flourish in Kottakkal with the patronage of this esteemed medical institution.

Malappuram is the land of ancient Mamankom, a festival of pomp & pageantry conducted by the kings of yore to assert their supremacy. Thirunavaya, situated 7 km south of Tirur on the banks of Bharathapuzha, is a place of historical importance. The martial art Kalaripayattu commonly practiced in the Malabar regions has its origins in the district. Tirur is one of the important business as well as literary centers of Malappuram district. Thunjanparamba is an eminent venue for initiation of learning, the ceremony of which is conducted during the Navarathri festival each year. The district is home to noted scholars and poets like Melpathur Narayana Bhattathiri and Poonthanam.

Discover The Land of Valour and Heritage…