Welcome to The Evergreen City of India - Thiruvananthapuram! 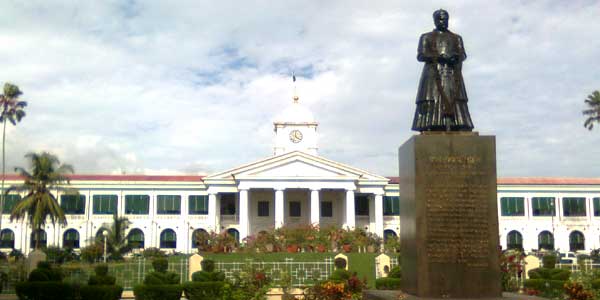 Besides being the political nerve center of the state and home to a number of Government offices (both central and state), companies and organizations, Thiruvananthapuram also houses many premier educational institutions including the Kerala University. Thiruvananthapuram is also home to India’s first IT park, Technopark, which was established in 1995. Technopark, which has emerged as India's largest IT Park and the third largest in Asia, is home to many dream employers of IT professionals including TCS and Infosys. With numerous historic monuments, a far-reaching shoreline giving it some of the most beautiful beaches, backwater stretches and a rich cultural heritage, Thiruvananthapuram is a popular tourist destination in Kerala and in India.

Spreading over an area of 250 sq. km. , Thiruvananthapuram is located at an average elevation of about 16 feet above the sea level. Two major rivers flow through the city – the Karamana and the Killi. Mahatma Gandhi gave it the name ”Evergreen city of India”, for the panoramic view it provides, with its low-lying coastal hills and valleys full of greenery. While the capital houses great temples with brilliant architecture, ancient museums and palaces, the surrounding tourist attractions are the popular beaches, dams, medicinal mountain peaks, and pleasant tourist villages....More....