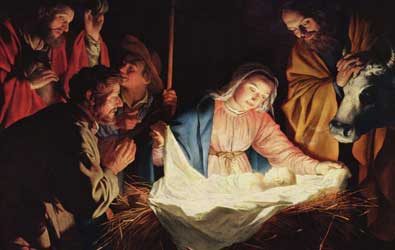 In the absence of clear historical records, it is believed that Apostle of Jesus, St. Thomas himself, introduced Christianity in India in the year 52 A.D. The early Christians (St. Thomas Christians) were called Syrian Christians because they followed the Syriac liturgy, a dialect of Aramaic, the language of Jesus. With the arrival of Portuguese (1498) and the establishment of their political influence, the Latin rite emerged as an important factor and a large community of Latin Christians sprang up and grew, particularly in the coastal areas. The work of St. Francis Xavier and the Synod of Diamper (1599) played an important part in the Latinisation of the church. At the beginning of the 19th century, when the British spread its influence in Kerala, the Church Mission Society (CMS) of London actively associated them in the workings of the Syrian Church. After some years of close co-operation, the missionaries broke their connection with Syrian Bishops and church. It was on their initiative the Anglican Church came into existence. Some priests of the Syrian Church under the influence of missionaries advocated reforms, including the replacement of Syriac by Malayalam, which was disfavored by Bishops and Clergy of Syrian Church. Following this, the reformers formed a new church known as Marthoma Syrian church as distinct from the Anglican Church and the Roman Catholic Church.

Now there are five different offshoots of Christianity in Kerala:
* The Nestorian Church confined mainly to Thrissur and Ernakulam.
* The Roman Catholic Church, embracing the whole of Kerala and following three different languages for their rites (Syriac, Latin, and Malayalam).
* The Jacobite Syrian Church, also known as the Orthodox Syrian Church.
* The Anglican Church, part of Church of South India.
* Marthoma Syrian Church.

Apart from these, there are several other Christian denominations deriving inspiration from some foreign Church or other. The contribution of the Christian religion in the field of education and care of the sick is innumerable. First Malayalam dictionary and grammar by Arnos Pathiri, first printing press, study and classification of Herbs, Hortus Malabaricus, etc. highlight the eminent position of Christianity in Kerala. The Universal education propagated in Kerala along with the churches provided the basic education for the emancipation of the population from various social and cultural evils. The school, colleges, hospitals and other numerous socio-cultural institutions run by the Christians are role models.