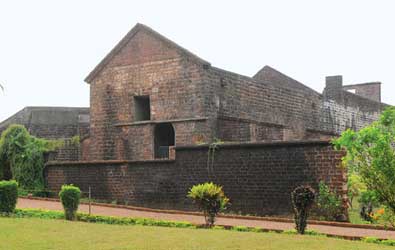 Built by the first Portuguese Viceroy, Don Francisco De Almeda in 1505, this fort became one of the important military centers of the Dutch and later the British in Malabar.

This fort was constructed in 1708 as the military center of the British.

Believed to have been built about 2000 years ago, this temple is famous for it mural paintings.