Kochi: Glorious tributes were paid to the Indian Naval Air Squadron (INAS) 550, the Indian Navy’s first air squadron here at Kochi as the elite aviation wing celebrated the 50th year of serving the nation. Raised as a Fleet Requirement Unit (FRU), and named ‘The Flying Fish,’ the INAS 550 was commissioned on June 17, 1959, with the unique distinction of having operated 13 different types of aircraft over the years. The airfield at Cochin was taken over from the Directorate General of Civil Aviation on 1 January 1953. From then onwards till date, the Navy assumed the responsibility of the operation from Cochin airfield of all aircraft, civilian and naval. 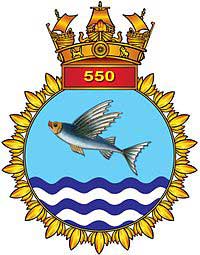 Among the notable missions undertaken by the squadron is the surveillance for the rocket firings from the Thumba Equatorial Rocket Launching Station in the 1960s and 70s. The squadron had a commendable history in casualty evacuation and distress relief. When the tsunami struck Asian shores in 2004, INAS 550 was among the first to get into relief operations. It had also put forth commendable performances as a foreign aircraft in providing relief materials in Sri Lanka in the aftermath of a tsunami. Indian Naval Air Squadron (INAS) 550 In 1951, the Fleet Requirement Unit (FRU) was formed to meet the Fleet's requirement of aircraft targets for gunnery and radar tracking practices, radar and communication calibrations and for aircrew training.

A number of veterans who had served the squadron in the past attended the celebrations. Raised as a Fleet Requirement Unit (FRU), INAS 550 was commissioned on June 17, 1959.

In majestic pose…fleet of INAS 550

Christened ‘The Flying Fish’ the squadron has the unique distinction of having operated 13 different types of aircraft over the years including the Sealand, Firefly and the Dove, Mi-4 and Chetak helicopters. It had also flown the HT2, HPT 32, HJT-16, Alize, Kiran, and Vampire aircraft and different versions of Islanders and the Dornier 228. The last five of these Firefly aircraft were equipped with 20 mm cannon effectively capable of carrying rockets and bombs and marked the advent of weapon capability in the Air Arm. 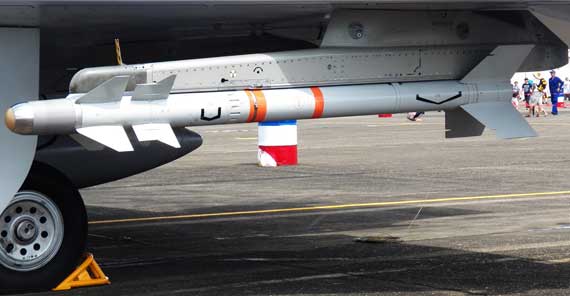 From 1952 onwards, basic flying training had been imparted by the Air Force. To facilitate continuation flying training at Cochin, three Hindustan Trainer 2 (HT 2) aircraft, made by Hindu¬stan Aircraft Ltd (HAL), joined the FRU in October 1956. On 17 January 1959, the FRU became the first unit to be commissioned as Indian Naval Air Squadron (INAS) 550. It had ten amphibian Sealands, ten target towing Fireflies and three HT 2 trainer aircraft. The proposal to acquire Islanders for Pilot and Observer Training and Fleet requirements had been initiated in 1972. The first two Islanders arrived in Cochin on 18 May 76. The remaining three arrived by end 1976. In 1981, two Islanders of INAS 550 were based at Port Blair. In 1984, these were commissioned as INAS 318 and the naval air station at Port Blair was commissioned as INS UTKROSH.