Munroe Island which is located at the confluence of Ashtamudi Kayal and Kallada puzha is one of the most picturesque locales in Kerala. The serene place is named in memory of its resident, late Colonel John Munroe of the erstwhile princely state of Travancore. Also known as Munroethuruthu, this cluster of eight tiny islands in Ashtamudi lake is situated at a driving distance of 25 km from Kollam, 12 km from Kundara, 24 km from Karunagapally and 71 km from Thiruvananthapuram airport. It is also accessible by inland water navigation. 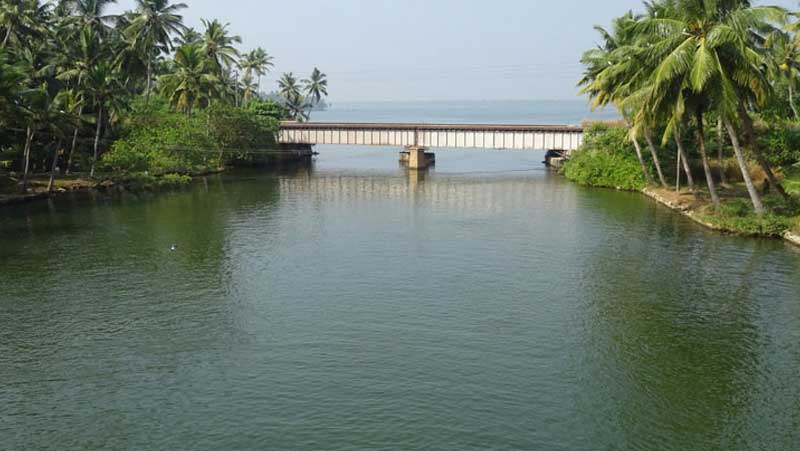 Munroethuruthu-Kollam-Kerala-IndiaThe island destination is a tourism friendly village where you can watch people engaged in coir retting, coir weaving, fishing, prawn breeding, and such other village activities. One can have the pleasure of witnessing migratory birds here. Other attractions of the place are the narrow canals, lagoons, and waterways used for cruising, the coconut farms on the lake shore, Kandal plants and the pretty little island of Pathupara. This tiny island covering two acres of land and surrounded by Kallada river is connected to Ashtamudi lake. On the island is available a village house with all facilities for a pleasant homestay ideally suited for a family or group of friends. You can stay here for as long as you like and take in every bit of the rustic scenery around. The prevailing serenity makes it an ideal spot for artists and writers to engage in their creative pursuits, while casual visitors can unwind and refresh themselves.

Blessed with a number of criss-cross canals and zigzag water channels, this Munroethuruthu-Kollam-Kerala-India island plays host to so many migratory birds from various countries around the world such as Kingfisher, Woodpecker, Egret, Bee-eater, Crow pheasant, Paddy birds and so on. One also gets the rare chance to see the traditional Indian spice plants such as Pepper, Nutmeg and Cloves here. Among the routine traditional engagements, duck/ poultry farming and prawn breeding are common in all houses.

The idea of a community tourism scheme involving the collective operation of the nearby grama panchayats, centered around Munroe Island, has been mooted by the State Government. The scheme, to function under the motto ‘Ente gramam tourism souhridha gramam’ envisages public-private participation and hopefully would benefit both domestic and foreign tourists. In addition to accommodation facilities that are to come up under the development scheme, houses in the islands lying vacant will be utilized for the purpose.

Munroe Island is one of the main destinations of nature loving tourists. The fish and prawn farms of this place form an attraction to the visitors. The famous pilgrimage spot of Chittumala which houses the Durga Devi temple and the Kallada Appuppan church is around 25 km away from Kollam. The Kallada boat race is yet another attraction. 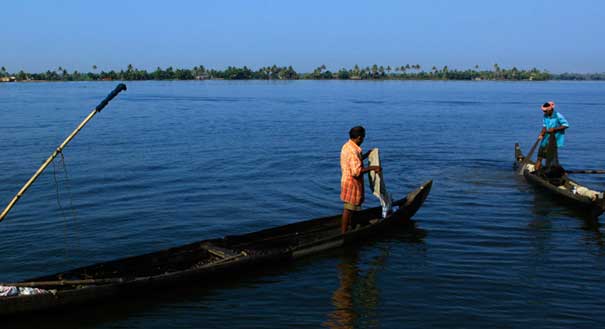 The famous Ashtamudi lake situated in the district of Kollam is the second largest and deepest wetland ecosystem in Kerala. It is a palm-shaped water body Munroethuruthu-Kollam-Kerala-India covering thirty percent of the district, and next only to the Vembanad estuary ecosystem of the State. Ashtamudi means 'eight-coned' in local parlance.

The term is indicative of the lake's topography, referring to its numerous branches. The lake is also called the gateway to the backwaters of Kerala. Ashtamudi Wetland is included in the list of wetlands of international importance, as defined by the Ramsar Convention for the conservation and sustainable utilization of wetlands.

Coconut groves and palm trees interspersed with small towns and villages are seen along both banks of the lake and its backwater canals. Kollam, noted for its cashew crops, is an important historic port town located on the right bank of the lake and boat cruises are operated by the Kollam Boat Club to Alappuzha, offering transport access to many other small towns and villages along this route, apart from the luxury houseboats or traditional kettuvallams which also operate in the lake. The boat journey is one long 8-hour trip, winding through lakes, canals, and water bound villages, giving a full view of the scenic beauty of Ashtamudi backwaters. This backwater tour from Kollam to Alappuzha happens to be the longest cruise in Kerala.

Chinese fishing nets used by local fishermen, called cheena vala in Malayalam, are a common sight along the waterway.

The lake and the city of Kollam on its banks and the Neendakara port at the confluence offer the means of transport for the State’s trade and commerce in cashew trading and marine industry. The lake is the source of livelihood for the Munroethuruthu-Kollam-Kerala-India local inhabitants by way of fishing, coconut husk retting for coir making and inland navigation services. The locals mainly include inland fisherfolk, coir workers and sand miners.

The lake and the life on its shores have also inspired many artists and writers. It has been the subject of the many poems of renowned poet Thirunalloor Karunakaran who was born and brought up on its banks.

Backwater tourism is one of the most attractive activities at the lake, offering undiluted pleasure to travelers. Accommodation is available at the houseboats, hotels, and resorts nearby according to budgetary requirements. The Kerala Sasthra Sahithya Parishad or KSSP has presently started an intensive campaign aimed at conserving the wetland ecosystem involving active local participation.