Like most other districts in Kerala, Pathanamthitta also consists of three natural divisions namely the low land, middle land, and the high land. The highland stretches through the Western Ghats, descends to the middle land in the center down to the middle lane of Coconut gardens in the Western borders of Alleppey district. Achan Kovil, Manimala, and Pamba are three important rivers that flow through this district. Forests cover more than 50% of the total area of the district. Timber is the most important forest produce in the district. 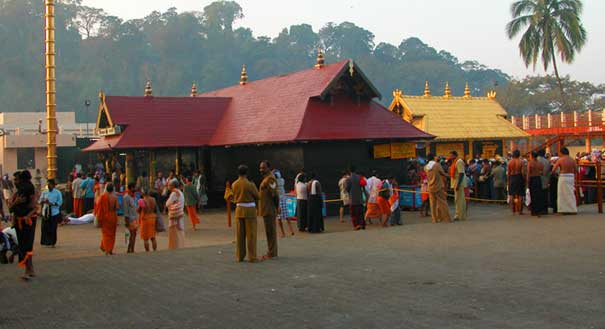 Sabarimala (72 Km from Pathanamthitta) is a famous pilgrimage center in Kerala. Sabarimala Sri Dharmasastha Temple is the most famous and prominent among all the Sastha Temples. The pilgrimage begins in the month of November and ends in January. The temple attracts pilgrims not only from the southern states of India but also from other parts of the country and abroad.

The Maramon Convention held every year in March on the river bed at Maramon under the auspices of the Marthoma Church is the biggest gathering of the Christians in Asia and the second biggest in the World. 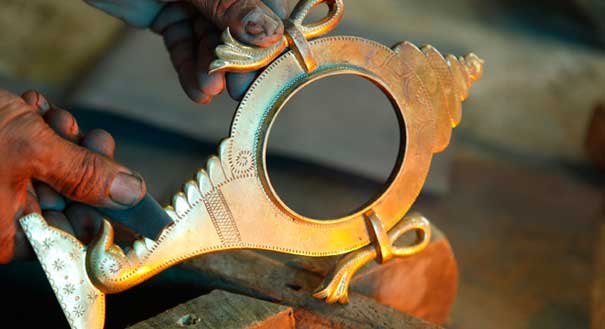 Aranmula is situated on the banks of the river Pampa, 10 km from Chengannur on the Thiruvananthapuram - Kottayam route. Aranmula possesses all the attributes of rural Kerala. The local craftsmen engage in traditional crafts such as Arunmula metal mirror( Kannadi), mural paintings and construction of boats which are taken to the river Pamba for the annual Palliyodam boat race. The local dance center exhibits old Kathakali dance dramas performed in traditional costumes.

Fact File
Site: Aranmula
District: Pathanamthitta
State: Kerala
Site Location: Chengannur 12 km; NH 47 link with Kochi (NW) airport, seaport, Konkan railway & highway; Thiruvananthapuram (SE) also via NH 47
Major Attractions: Metal mirror Kannadi; mural paintings; Parthsarathi temple; Pampa Palliyodam boat race; Kathakali; Vastu Vidya Gurukulam.
Aranmula has the sole distinction of making a wonderful type of metal mirror with bell metal called 'Aranmula Kannadi'. This is a unique art which is not to be found anywhere else in the world. It is believed that a divine visitation inspired a widow of this village to discover a mysterious blend of bronze which could be waxed bright into crystal clear mirror. The mystery of its production is held as a family secret and handed down through family generations. The mirror is a clear evidence of the rare combination of technological and creative skills. This refraction less metal mirror is an artistic piece of attraction the world over. 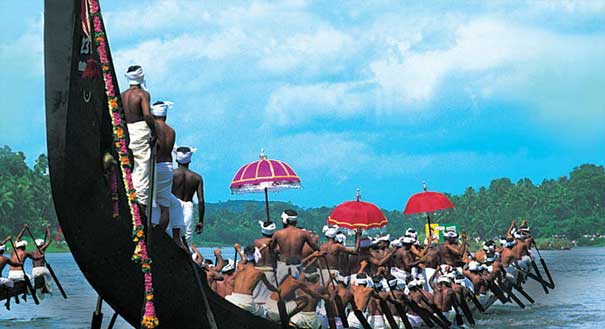 The river Pamba at Aranmulla is the venue of this famous snake boat race.T he snake boats present an extraordinary shape with a length of about 100 ft., the rear portion towering to a height of about 20 ft., and the front portion tapering gradually. The boat resembles a snake with its hood raised. The race is held on the last day of the week-long Onam Festival to commemorate Lord Krishna's crossing of the river. The participants cheerfully row up and down the river to the tune of songs known as Vanchipattu. 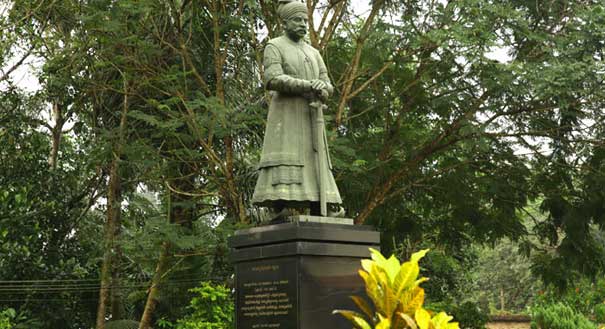 Veluthambi Memorial is located at Mannadi, 13 km from Adoor and 45 km from Kollam. Veluthampi Dalawa, a diwan of the erstwhile state of Travancore, met his tragic death here. It is the place where this great freedom fighter is said to have spent his last days. After leading a brief rebellion against the British, he ended his life rather than face humiliation at the hands of his opponents. The monument is erected here as a memorial to his valor.

The Vijnana Kalavedi at Aranmula imparts training in the traditional arts and crafts of Kerala. Kathakali, classical dance, classical music as well as Kalaripayattu (the martial arts of Kerala)are taught here. Tabla, Maddalam, Hatha Yoga, Mural Painting, Wood Carving, Cooking, Kolam, etc are also taught here. The center is frequently visited by a number of foreign tourists who can stay here for varying periods and have a first-hand knowledge about Kerala and its culture. A Language school also exists for learning Sanskrit, Hindi, Malayalam and a Centre for volunteers to Teach English in India.