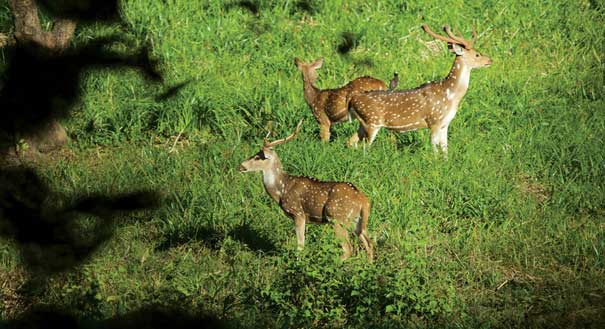 The Parambikulam Wildlife Sanctuary is a reservoir of tranquil greenery ensconced in a valley between the Annamalai ranges of Tamil Nadu and the Nelliampathy ranges of Kerala. The areas hilly and rocky, drained by several rivers, including the Parambikulam, the Sholayar, and the Thekkady.

Tucked away in the valley between the Anamalai ranges of Tamil Nadu and the Nelliampathy ranges of Kerala on the majestic Western Ghats is the Parambikulam Wildlife Sanctuary. This virgin valley that is the pride of Palakkad district is a glorious tribute to untouched nature. The reservoir harbors several varieties of aquatic fauna including mugger crocodiles that are often seen sunning on its banks.

Parambikulam Wildlife Sanctuary is the most protected ecological piece of Annamalai subunit of Western Ghats, surrounded on all sides by protected areas and sanctuaries of Kerala and Tamil Nadu, the sanctuary is endowed with a peninsular flora and fauna which are excellently conserved due to the total protection and minimal human interferences.

The sanctuary being a major ecological continuum from Peechhi to Eravikulam through Anamalai aids the large viable populations of wildlife. It is the home ground for different races of indigenous people who are as well an integral part of the prevailing harmonious ecosystem. The thick, opulent habitat of the sanctuary with ample water supplies make it an abode for wildlife and thereby for tourist who can have treasured memories of animal sightings and that of being in the lap of mother nature.

The Western Ghats is one of the world’s 34 biodiversity hotspots. While considering the abundance of Wildlife and the adorable beauty of Nature, Parambikulam Wildlife Sanctuary is perhaps the most attractive piece of wilderness in the entire stretch of Western Ghats. Thus it is popularly revered as ‘Nature’s own abode’. It has a total area of 285 Sq. Kms. 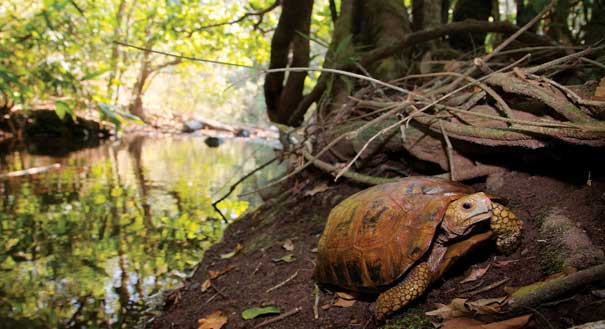 Little remains of the original teak forests, other than the famous Kannimari teak tree, the largest in Asia as most of these have now been replaced by teak plantations. The tree is about 5 km from Thunakadavu and is one of Parambikulam’s prime attractions.

Parambikulam has one of the largest population of gaur (bison). It is also a home to elephants, sloth bears, wild boars, sambhars, chital tigers, panthers and crocodiles. There are also bonnet macaques, spectacled cobras, kraits, vipers, turtles, darters, little cormorants, and black eagles.

Parambikulam is open throughout the year but is best avoided during the monsoon. Between June and August, the monsoon rains lash, making hillsides unstable and causing slush, mosquitoes, drippy roofs and other nuisances. Boat cruises can be arranged in the Parambikulam Reservoir.

The rest house of the state forest department at Thoonakkadavu, Thellikkal, and Elathode offer comfortable lodging facilities. A tree - house in the reserved forest area in Thoonakkadavu has to be booked in advance. 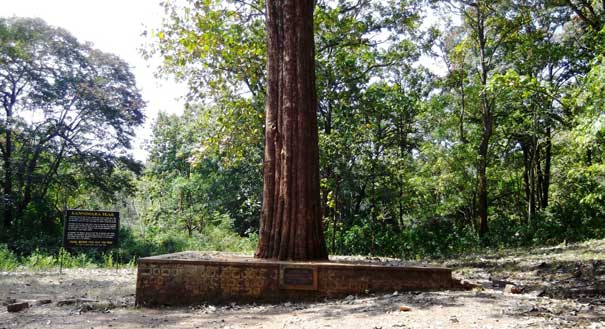 Kannimara teak is one of the largest living teak trees in the world. It has an amazing girth of 6.48m and a crown height of 48.75m It is believed to be around 400 years old.

According to the local tribal belief here when this tree was tried to cut down, the blood spurted out from the place of cut. This tree was being since then worshipped by the local tribes in Parambikulam as “Virgin tree“. Thus the name Kannimara is given as the word ‘ Kanni’ means ‘Virgin’. This tree has been awarded ‘Mahavriksha Puraskar’ by the Government of India.