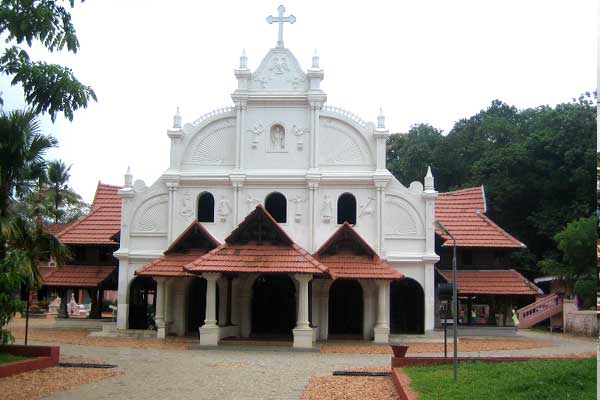 St.Mary's Church at Kallooppara stands in close proximity to the Kallooppara Bhagavathy temple. Inside the church, on its eastern and western wings, there are two granite slabs with some inscriptions in the Pali language. The Palli perunal and the foundation day of the Church are the two celebrations held on January 15 and July 5 respectively.

The Lent and annual festival at the ancient St. Mary’s Church at Kallooppara, near Mallappally, is popularly known as Kallooppara Valiyapalli. The Rasa procession is followed by lowering of the ceremonial flag on the mast. St. Mary's Orthodox Church is situated at the heart of a small village called Kallooppara, Pathanamthitta District, Kerala, India. It is one of the oldest and renowned churches in Kerala and a priced possession of Malankara Sabha. The church has a legacy of around seven centuries, keeping its tradition and culture intact without compromising on its religious values. The church is a perfect example of the ancient temple architecture and is an elegant representation of the beautiful shingled rooftops in the early Travancore style. The church has a splendid blend of beauty and science in it and is a mystery the way it has overcome all the challenges of time. The church which is the worshiping place of thousands has been a topic of research for many.

Even though there is no clear evidence for the origin and age of the church. It is commonly believed that the founding stone of the church was laid on Malayalam month Karkadakam 3rd of 515 (A.D.1339).