Easter is a time of springtime festivals held sometime between March 22 and April 25. Easter is celebrated as the religious holiday commemorating the resurrection of Jesus Christ, the son of God. As with almost all "Christian" holidays, Easter has been secularized and commercialized. The dichotomous nature of Easter and its symbols, however, is not necessarily a modern fabrication. Since its conception as a holy celebration in the second century, Easter has had its non-religious side. In fact, Easter was originally a pagan festival. 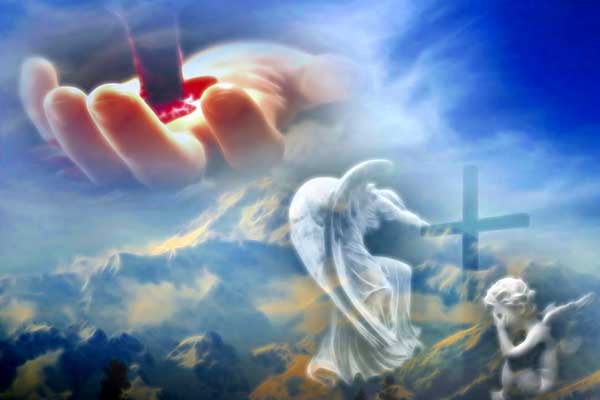 The ancient Saxons celebrated the return of spring with an uproarious festival commemorating their goddess of offspring and of springtime, Eastre. When the second-century Christian missionaries encountered the tribes of the north with their pagan celebrations, they attempted to convert them to Christianity. They did so, however, in a clandestine manner.

It would have been suicide for the very early Christian converts to celebrate their holy days with observances that did not coincide with celebrations that already existed. To save lives, the missionaries cleverly decided to spread their religious message slowly throughout the populations by allowing them to continue to celebrate pagan feasts, but to do so in a Christian manner.As it happened, the pagan festival of Easter occurred at the same time of year as the Christian observance of the Resurrection of Christ. It made sense, therefore, to alter the festival itself, to make it a Christian celebration as converts were slowly won over. The early name, Eastre, was eventually changed to its modern spelling, Easter.

Prior to A.D. 325, Easter was variously celebrated on different days of the week, including Friday, Saturday, and Sunday. In that year, the Council of Nicaea was convened by emperor Constantine. It issued the Easter Rule which states that Easter shall be celebrated on the first Sunday that occurs after the first full moon on or after the vernal equinox. However, a caveat must be introduced here.The "full moon" in the rule is the ecclesiastical full moon, which is defined as the fourteenth day of a tabular lunation, where day 1 corresponds to the ecclesiastical New Moon. It does not always occur on the same date as the astronomical full moon. The ecclesiastical "vernal equinox" is always on March 21.

Therefore, Easter must be celebrated on a Sunday between the dates of March 22 and April 25.Lent is the forty-six day period just prior to Easter Sunday. It begins on Ash Wednesday. Mardi Gras (French for "Fat Tuesday") is a celebration, sometimes called "Carnival," practiced around the world, on the Tuesday prior to Ash Wednesday. It was designed as a way to "get it all out" before the sacrifices of Lent began. New Orleans is the focal point of Mardi Gras celebrations in the U.S. Read about the religious meanings of the Lenten Season. 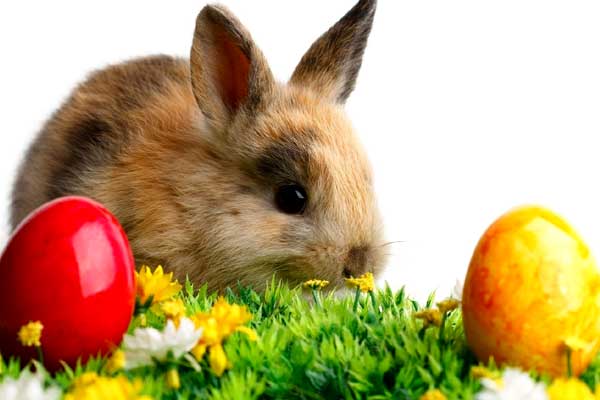 The Easter Bunny is not a modern invention. The symbol originated with the pagan festival of Easter. The goddess, Easter, was worshipped by the Anglo-Saxons through her earthly symbol, the rabbit. The Germans brought the symbol of the Easter rabbit to America. It was widely ignored by other Christians until shortly after the Civil War. In fact, Easter itself was not widely celebrated in America until after that time.

As with the Easter Bunny and the holiday itself, the Easter Egg predates the Christian holiday of Easter. The exchange of eggs in the springtime is a custom that was centuries old when Easter was first celebrated by Christians. From the earliest times, the egg was a symbol of rebirth in most cultures. Eggs were often wrapped in gold leaf or if you were a peasant, colored brightly by boiling them with the leaves or petals of certain flowers. Today, children hunt colored eggs and place them in Easter baskets along with the modern version of real Easter eggs -- those made of plastic or chocolate candy.