Muharram is another festival celebrated by Muslims on the 10th day of Muharram the forbidden month, which marks the beginning of the Hijra year.It was on this day that the most lamentable carnage at Kerala took place in 680 AD when Imman Hussain, the grandson of the Prophet and his men met with their end in an agonizing manner. 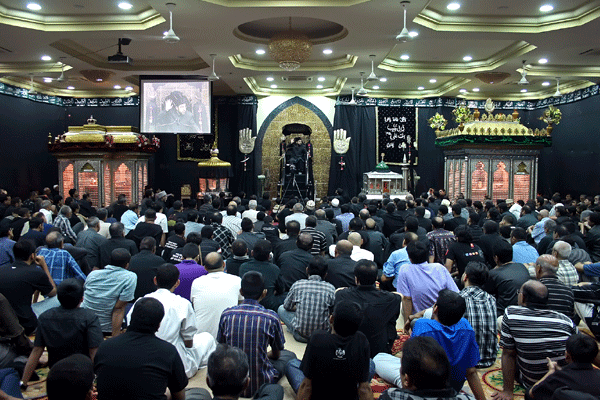 Profusely decorated taziyas (bamboo and paper replicas of the martyr's tomb), embellished with gilt and mica are carried through city streets. Mourners beat their breasts lamenting and grieving over the murder, accompanied by drum beats. Wrestlers and dancers enact scenes depicting the battle at Kabala and at each step young men beat their breasts crying "Hussain! Hussain!" in collective sorrow.

On this day the Jews observe fast. The Prophet enjoined on the Muslims to observe fast on the ninth and tenth of Muharram. It was to commemorate the victory of the Jews over Pharaoh that fasting was enjoined upon Muslims on these days.

For the Shia Muslims, Muharram is an important occasion for religious ceremony. The Sunni Muslims do not celebrate Muharram, but the devout Muslims among them observe fast.

`Pulikali' or `Tiger-dance' is part of this celebration in Kerala. Some Muslims assume the guise of the tiger by painting their whole body to bring out the appearance of the tiger, wear masks and parade through streets, playing, dancing and mimicking a tiger. This is done to idealize the valor of Hussain.