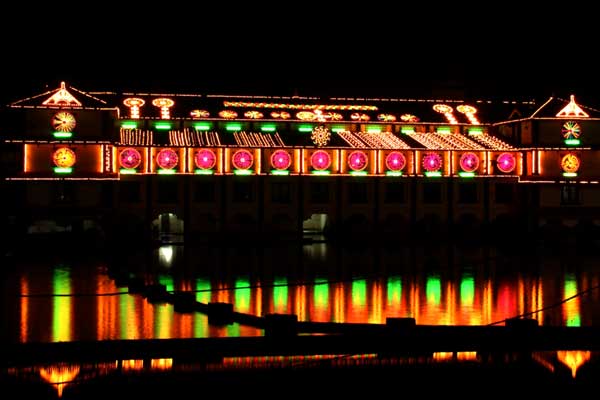 One of the famous temples in India, Guruvayoor has situated in an out-of-the-way village in Chavakkad taluk, though it draws a vast concourse of pilgrims from every part of the country. Devotees throng to this temple not to see and appreciate the variety of its structural patterns or to revel in the festivals celebrated there, but only to feel the air of benediction that pervades this famous shrine of Guruvayoor appan and to invoke his blessings.

The important religious festivals celebrated in this temple are:

3. Kuchela Day in Dhanu (December-January) the day on which Kuchela visited Sree Krishna with beaten rice.