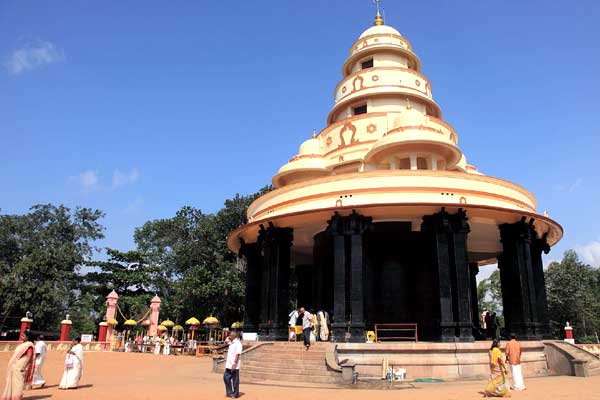 Sree Narayana Guru was the Kingpin of a social revolution which transformed the caste-ridden society of Kerala. His philosophy of 'one caste, one religion and one God for man' and 'man should progress whatever be the religion' had a far-reaching impact. He even went to the extent of installing and consecrating idols in temples to establish that the authority to perform religious rites does not rest only with Hindus, especially Brahmins.

The Sharada temple and his mutt at Sivagiri atop Varkala hill has now become a place of pilgrimage. The Guru Deva Jayanti, the birthday of the Guru, and the Samadhi day are befittingly celebrated in August and September respectively every year. On these days colorful. processions, seminars, public meetings, cultural shows, community feasts, and special rituals are held. In the last week of December, devotees of Sree Narayana Guru donned in yellow attire stream to Sivagiri from different parts of Kerala and outside, in what may be called a pilgrimage of enlightenment. Seminars and discussions on various themes of modern life ranging from industrialization to women's emancipation are held during the days of pilgrimage. The Maha samadhi of Sree Narayana Guru also attracts a large number of devotees and tourists.