Welcome to The Venice of the East – Alappuzha

Carved out of the erstwhile Kottayam and Quilon districts, Alappuzha(Alleppey) district was formed on 17th August 1957 and consists of six taluks namely Cherthala, Ambalappuzha, Kuttanad, Karthikappally, Chengannur, and Mavelikkara. The total area of this district is 1414 sq.kms. The district headquarters is located at Alappuzha. 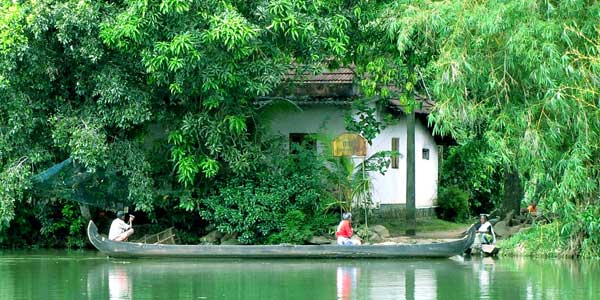 The name Alappuzha is derived from the geographical position and physical features of the place. It means the land between the sea and the network of rivers flowing into it. The district is bounded on the north by Kochi and Kanayannur taluks of Ernakulam district, on the east by Vaikom, Kottayam and Changanassery taluks of Kottayam district and Thiruvalla, Kozhencherry and Adoor taluks of Pathanamthitta district, on the south by Kunnathur and Karunagappally taluks of Kollam district and on the west by Lakshadweep sea.

Alappuzha is known as the “Venice of the East” due to the presence of interlocked canals, shores, backwaters and lagoons with a panorama of lush green paddy fields and picturesque glimpses from the day to day life in the country side. In the past Alappuzha was one of the busiest centers of trade with one of the best-known ports along the Malabar coast. Alappuzha is a backwater hub of Kerala and well known for its coir carpet manufacturing and prawn farming. Kuttanadu, densely covered with waterways and known as “rice bowl” or "Keralathinte Nellara" is also in Alappuzha district. The large networks of canals provide Alleppey its lifeline. Snake boat races form the most significant traditional event in Alappuzha which plays an important role in the community life of the people of the district.....More.....