Welcome to The Land of History and Culture – Malappuram!

Malappuram (literally, a land atop hills) is situated 50 km southeast of Kozhikode. Bounded by the Nilgiri hills on the east, the Arabian sea on the west and Thrissur and Palakkad districts on the south, Malappuram is enriched by four great rivers flowing through it - the Chaliyar, the Kadalundi, the Thirurpuzha, and the Bharathapuzha. Bharathapuzha, the second longest river in Kerala, flows by the southern border of the district and drains into the sea at Ponnani. Many examples of Indo-European architecture still exist in Malappuram. 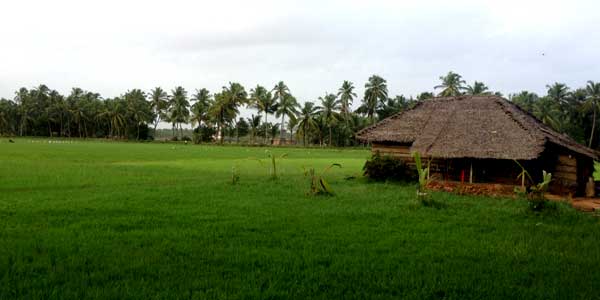 Malappuram, situated on the Calicut-Madras road,12 km. south-west of Manjeri and 52 km. south-west of Calicut has a very rich and eventful history. Malappuram is the headquarters of the district. It was the military headquarters of the Zamorins of Kozhikode since ancient times. This district was the venue for many of the Mappila revolts (uprisings against the British East India Company in Kerala) between 1792 and 1921. The hill country has also contributed much to the political and cultural heritage of Kerala.

With Nilgiris in the east and the Arabian sea in the west, Malappuram district presents a treat to the eye. With rich and evergreen forests, ravines, hills and dales, rivers and brooks, sandy surfs and palm-fringed coasts, festive mood of the gayful Onapatt - the district preserves the cultural wealth of the good old days. It has in store, a hoary past with the Zamorins' rule, 'Mamankam' festival, Vellattiri's revenge and the resultant Chaver Pada (Suicide Squad), the British rule,the indiscriminate oppression of the masses in connivance with exploiting landlords,the National and the Khilafat movement,the Malabar rebellion and so on...More......